New Chapter Board Members and Appointments 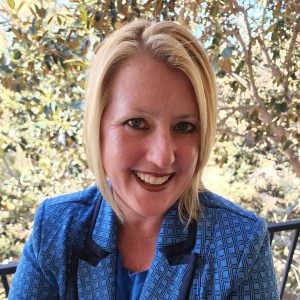 Laura Black, AICP has been elected to the Board as the Chapter’s Vice President of Public Information. Ms. Black has been a member of the San Diego Section since 2006, serving most recently as the Chair of Sponsorships for the 2020 Chapter Virtual Conference as well as the 2018 San Diego Annual APA California conference. She was recently promoted to serve as the Director of Development Services for the City of Chula Vista, a city she joined in 2020 after working for the City of San Diego for 18 years. Her tenure with the City of San Diego culminated in her serving as the Deputy Planning Director.

Some of the duties of the Vice President for Public Information include directing and overseeing implementation of the Chapter’s public relations, community outreach, website content and working with Section newsletter editors and public information officers to ensure regular and pertinent content is being communicated to APA California members. 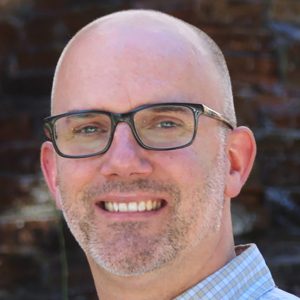 Erik de Kok, AICP has been elected to the APA California Chapter Board as the Vice President for Policy and Legislation. Mr. de Kok is a member of the Sac Valley Section (SVS) and he previously served as a mentor in the highly-regarded SVS PLAN Mentorship program. In his professional career he most recently served as the Deputy Director of the Governor’s Office of Planning and Research (OPR) where he led statewide planning & policy work.  His major accomplishments at OPR included completion a new General Plan Guidelines chapter for Environmental Justice elements pursuant to SB 1000, a comprehensive update to OPR’s Fire Hazard Planning Technical Advisory, and preparation of a new Wildland-Urban Interface Planning Guide.  He also served as co-chair of the Fire-Adapted Communities Working Group of the Governor’s Wildfire & Forest Resilience Task Force.

As the incoming Vice President for Policy and Legislation, Mr. de Kok’s duties will include monitoring, commenting and developing position regarding policy and legislation relating to APA California’s mission, working with the Legislative Review Team and organize actions to implement the Chapter’s legislative position, in consultation with the Chapter Board and members. 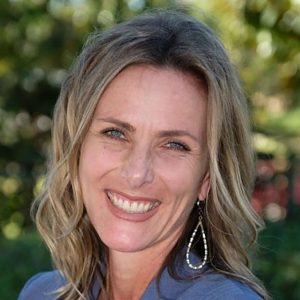 Brooke Peterson, AICP has been elected to serve as the next Vice President for Conferences. Ms. Peterson is currently the Director of Planning + Design for Rick Engineering and has over 20 years of experience in the planning profession and has been an active member of APA throughout her career. She served as San Diego Section Director, a Co-Chair for the APA California Annual Conference in both 2010 and 2018 and was the APA California Chapter President in 2013-2014.  Ms. Peterson seeks to provide an equitable education and mentorship system that can equip and affirm planners to step forward, shift the current paradigm and cultivate the future generation of planners by providing the Chapter’s members with the tools, services, and professional development necessary to advance strong planning.

Among Ms. Peterson’s duties, the Vice President of Conferences manages and oversees the planning of the annual Chapter Conference, providing general guidance and acting as a liaison with the local Conference Host Committee and serving on the Site Selection Committee. 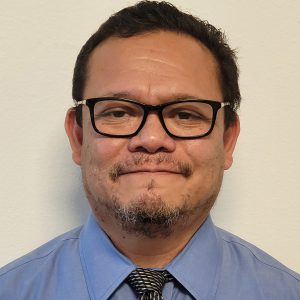 Javier Aguilar has been elected to the California Planning Foundation (CPF) Board. Mr. Aguilar is a Principal Regional Planner with the Southern California Association of Governments (SCAG) in Los Angeles. Prior to working for SCAG, Mr. Aguilar has worked in private, public and non-profit arenas in the field of transportation for over 25 years. He prides himself on his mentorship experience and seeks to increase the diversity of the planning profession by providing students with financial support that is a core mission of CPF.

Established in 1970 as a non-profit, charitable corporation with the goal furthering the professional practice of planning in California, CPF’s primary mission is to provide scholarships to college/university students in financial need that are talented, motivated, and have demonstrated academic excellence.

APA California Chapter President Ashley Atkinson recently appointed the following to two vacant Board positions and received approval from the Chapter Board to fill the balance of the current term: 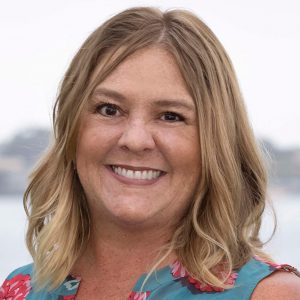 The Chapter Board recently voted unanimously to affirm President Ashley Atkinson’s recommendation to appoint Carey Fernandes, AICP to the vacant Vice President for Professional Development position. Ms. Fernandes brings a wealth of experience to the Board and most recently served as the University Liaison – Southern appointee to the Chapter. Previously, she served as the San Diego Section’s Professional Development Officer and has participated in that Section’s AICP training. Professionally, Ms. Fernandes is a Principal/Senior Project Manager for Dudek, a major planning and environmental firm with offices throughout California and the western United States. She currently is the firm’s CEQA/NEPA practice leader and has worked on numerous large—scale public and private projects throughout the Southern California region.

Ms. Fernandes has demonstrated a deep and lengthy commitment to APA and the planning profession. She previously served as the Chapter Professional Development Officer in 2013-2014, Awards Co-Chair, Mobile Workshop Committee Chair, and Treasurer and Programs Chair for the San Diego Section.

The duties of the Vice President for Professional Development include promoting professional development and continuing education, serving as a member of the California Planning Foundation Board and working with Sections to ensure maintenance of members’ AICP status through the Certification Maintenance (CM) program, and acting as a liaison with the AICP Commission and the National Planning Accreditation Board. 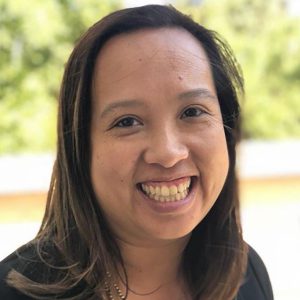 Allison Joe, AICP was recommended by President Ashley Atkinson, AICP and President-Elect, Andrea Ouse, AICP for appointment to the vacant Vice President for Diversity and Equity position. The recommendation was unanimously approved by the Chapter Board.

Ms. Joe has worked in the planning field for the past 20 years, as a private consultant, state policymaker, and a local government dot-connector, with a focus on community development, affordable housing, transportation, and equitable investments. Ms. Joe’s impressive resume includes extensive experience in creating, evaluating, and implementing policies and programs that address diversity, equity and inclusion (DEI) – as a member of the Government Alliance on Racial Equity (GARE) at the City of Sacramento, the California Health in All Policies Task Force, and as a board member addressing DEI work on various boards and commissions. Ms. Joe has also worked at the City of Sacramento on implementing their Racial Equity Action Plan – specifically to facilitate training with City staff, to develop equitable policies and a working definition of racial equity for the City, and how City staff can reflect the racial diversity of Sacramento.

Ms. Joe is an active member of the Sacramento Valley Section and seeks to serve the balance of this remaining term by identifying ways to increase capacity in our Chapter and Sections to address diversity and equity in its policies, programs, and practices.

Among the duties of the Vice President for Diversity and Equity, the position organizes the annual Diversity Summit at the APA California Chapter Conference, promotes the recruitment, supports and retains planners of color and others from culturally underrepresented groups, and collaborates with other Board members to increase visibility of the Board’s core values of diversity, inclusion and social justice in policy positions and activities in the Chapter’s communications.

Both Ms. Fernandes and Ms. Joe will fill their respective Board positions for the balance of the current term, concluding at the end of 2023.